A Handy Guide To The Black Winter Truffle 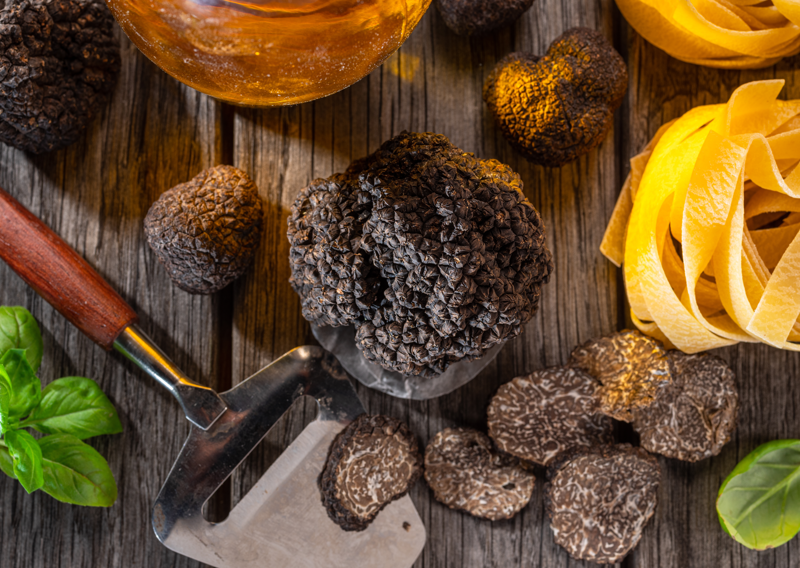 The Black Winter Truffle season is just around the corner. The first truffles will be ready for harvest in late November and by February the season will be in full flow.

Across Southern Europe Black Truffles will be harvested, sorted and immediately shipped to restaurants throughout Europe and the rest of the world. Freshness is everything for Black Winter Truffles. Ideally they’ll be eaten within 2 or 3 days of being dug up.

There’s more interest than ever before around this years Black Truffle harvest. That’sis thanks to the record-breaking prices of the Black Autumn Truffle which have been generating headlines over the past few weeks.

For context, the Black Autumn Truffle usually sells for 400 Euro per kg. This year prices have been as high as 1212 Euro per kg. The increased prices are due to the unusually hot summer in Europe this year.

The Black Winter Truffle is the more expensive of the two and likely to see a similar price appreciation with record prices a very real possibility.

We look at the Black Winter Truffle, something we know quite a bit about.

What Is A Black Winter Truffle? 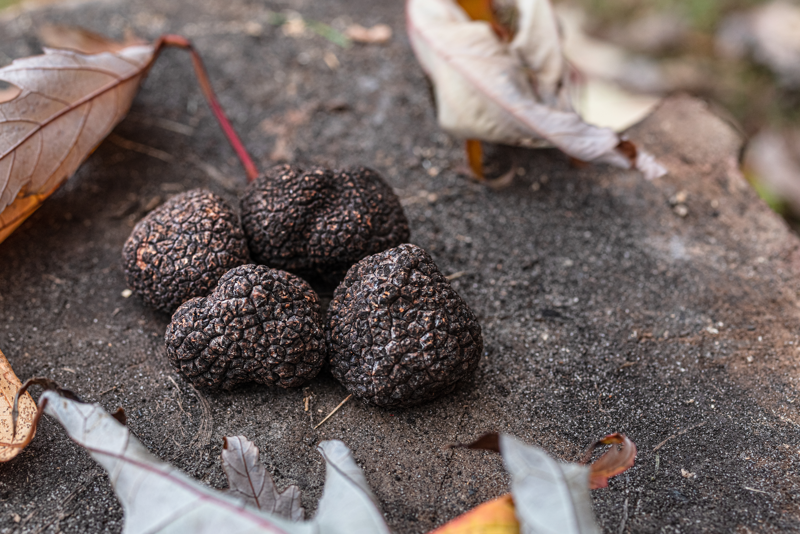 It lives on the root of compatible trees such as the Mediterranean Oak and Hazel. The truffle and host tree form a symbiotic relationship with the truffle providing nutrients from the soil to the tree in exchange for sugar to grow.

The Black Winter Truffle is harvested during the European winter. The first harvests can be as early as November, but the peak season is January and February.  after the region in France where it originates. The Latin name is Tuber Melanosporum. 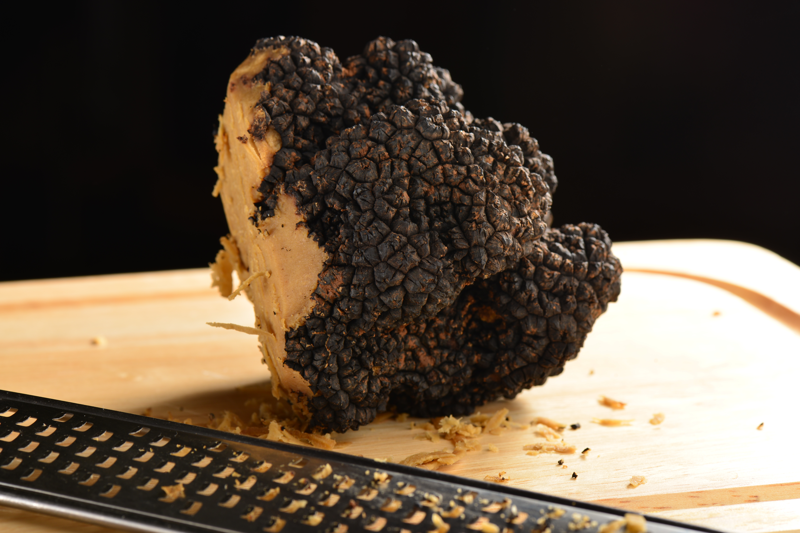 The Black Winter Truffle is one of the most expensive truffles on the market. People unfamiliar with truffle are often shocked when what people are willing to pay for them. They’re not known as “Black Gold” for nothing.

Last seasons average price for Black Winter Truffles was 1,075 per kg making it one of the most expensive foods in the world. This winter the market is expecting to see even higher prices. The reason for this can be traced back to summer 2022.

Summer 2022 in Southern Europe was especially hot and dry. There were long droughts making conditions difficult for truffles to thrive. Specialist truffle farms like us have backup water supplies to ensure our trees always have enough water.

But much of the European truffle industry is based on finding wild truffles. Without access to extra water, it’s highly likely that numbers will be down, and prices will go up.

For example, the Black Autumn Truffle which usually sells for around 400 Euro per kg was recently selling wholesale for more than 1000 Euro per kg. 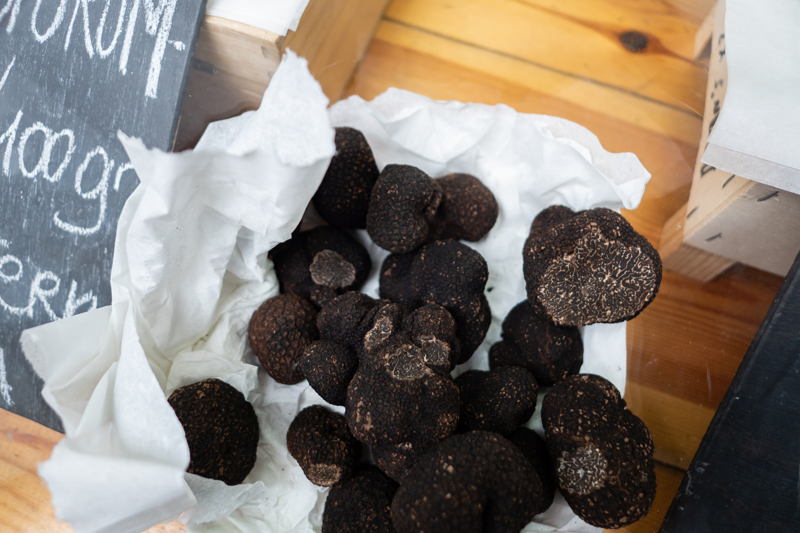 The Australian Black Winter Truffle is the same species as the European counterpart. The spores were introduced into Australia when immigrants realized there were areas where the truffle could thrive.

Although they are both the same species, most chefs still prefer the European Black Truffle over the Australian Black Truffle. There’s just something about the soil and climate in Europe which brings out the best flavor from the Black Winter Truffle.

Prestige also plays a part. In the same way that Champagne is always more expensive than other sparkling wines, Black Winter Truffles from Europe retain added value from their location alone. 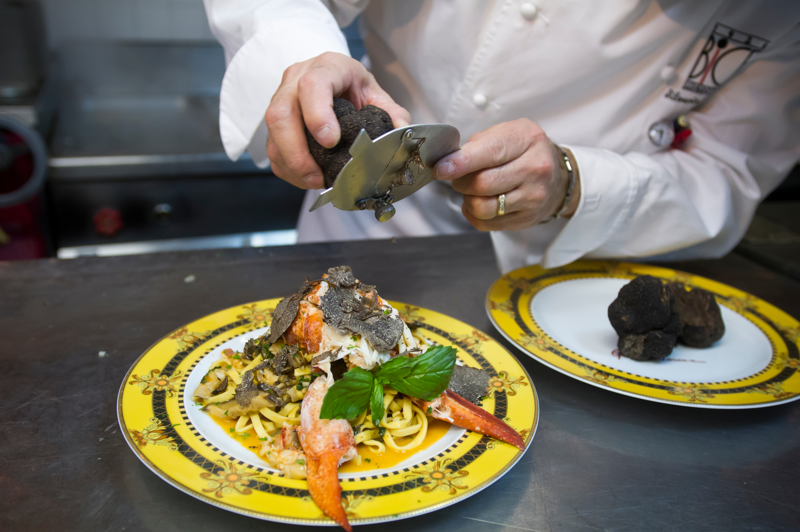 Musky and earthy are two words often used to describe the taste. Black Winter Truffle has an intense and flavor hints of garlic, butter, olives, oak, nuts and of course mushroom.

Of the five basic tastes (sweet, sour, salty, bitter and umami) – Black Winter Truffles are umami. This Japanese word translates as “essence of deliciousness”. It’s a savory flavor which spreads across the tongue and causes the mouth to water.

What Foods Are Black Winter Truffles Served With? 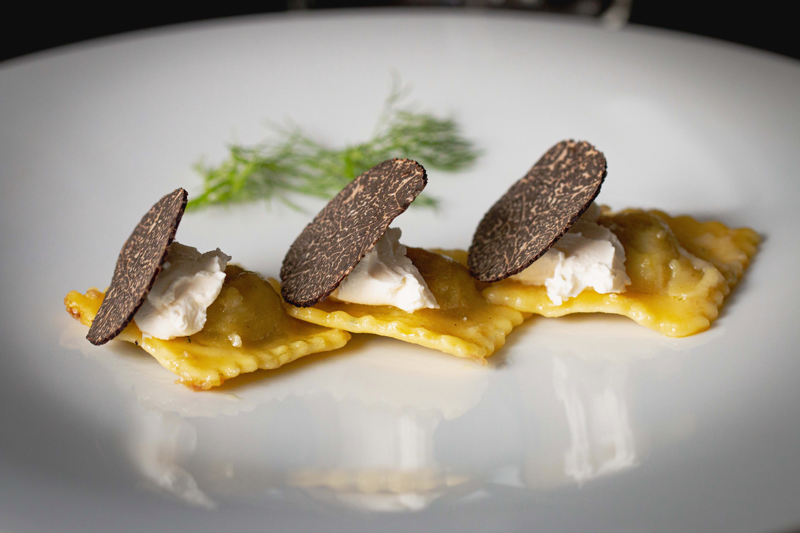 Black Winter Truffles have a versatile flavor which pairs will with a variety of dishes. However, there are a couple classics dishes which are always associated with it.

Perhaps the most popular are a creamy pasta dishes such as an “Alfredo”. Risotto is another classic dish that pairs well with Black Winter Truffle. Adding fresh truffle shavings brings out a new dimension of flavor and elevates it to another level.

Other foods that go well with Black Winter Truffles include scrambled eggs. You can enjoy truffle with a range of cheeses – from gouda to goat’s cheese.

Can I Make Money From Black Winter Truffles? 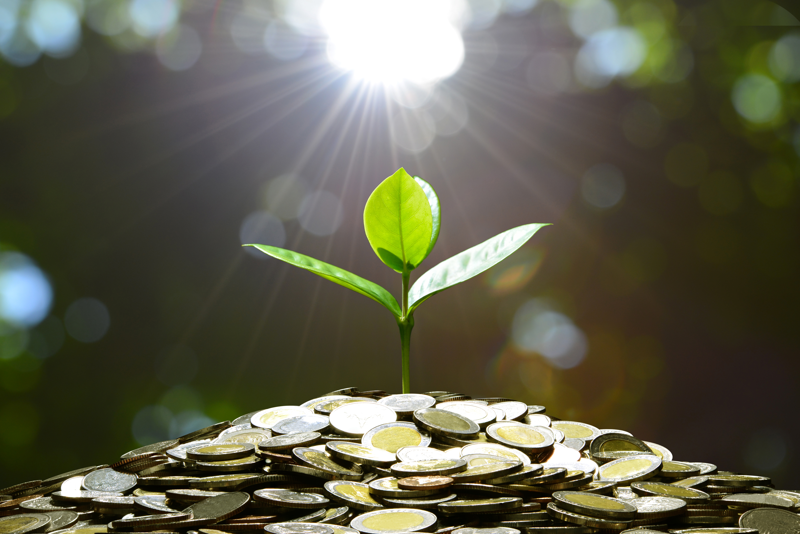 If you’re lucky enough to find a Black Winter Truffle in the wild you’ll have no trouble selling it at a good price. But, unless you have a trained dog and a lot of time on your hands for truffle hunting, you probably won’t find anything.

At Truffle Farms Europe we’re offering investors the chance to buy truffle producing trees which can provide an annual income for 25 years.

With each mature tree able to produce up to 1kg of Black Winter Truffle every year, our investors have been able to boost their savings and put aside extra money for  retirement.

As an eco-friendly green investment our truffle trees are tax-friendly and in many cases completely tax free. Contact us today for a free membership brochure and to find out more about who we are and what we do.