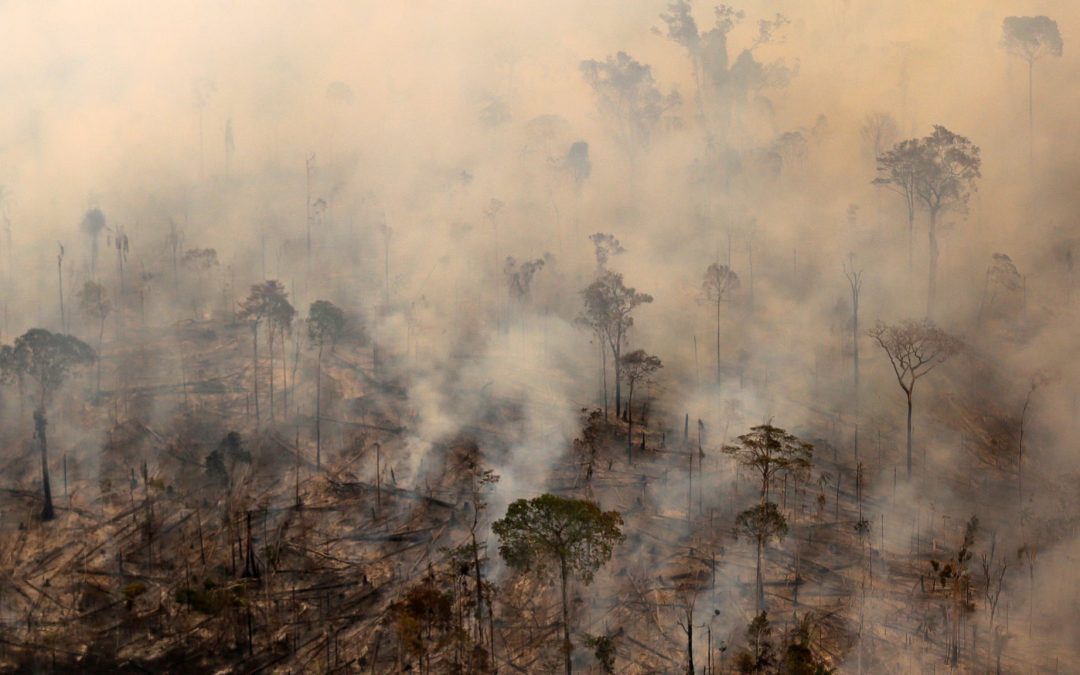 Brazil has released its worst annual deforestation figures in a decade amid fears that the situation might worsen when the avowedly anti-environmentalist president-elect Jair Bolsonaro takes power.

Between August 2017 and July 2018, 7,900sq kms were deforested, according to preliminary figures from the environment ministry based on satellite monitoring – a 13.7% rise on the previous year and the biggest area of forest cleared since 2008. The area is equivalent to 987,000 football pitches.

The news was met by dismay from environmentalists who warned deforestation was likely to become more acute when Bolsonaro becomes president on 1 January.

“It is a lot of destroyed forest,” said Marcio Astrini, Greenpeace Brasil’s public policy coordinator. “The situation is very worrying… what is bad will get worse.”

The environment ministry said the increase came despite an increase in its budget and in operations carried out by its environment agency Ibama.

“We need to increase the mobilisation at all levels of government, of society, and of the productive sector to combat illicit environmental activities,” environment minister Edson Duarte said in a statement.

But the government appears to be heading in the other direction.

After falling for several years, deforestation began rising again in 2013, the year after leftist president Dilma Rousseff approved a new forest code which gave an amnesty to those deforesting on small properties. Deforestation has risen in four of the six years since then, including in 2016, the year Rousseff was impeached and replaced by her former vice-president Michel Temer.

Temer has made further concessions to powerful agribusiness interests in return for support from its congressional representatives – including approving a measure that legalised land that had been squatted in the Amazon, a common deforestation driver. Last year Temer backed down on measures to reduce protection to a national forest called Jamanxim and a protected area called Renca after protests from environmentalists, supermodel Gisele Bündchen and even singer Alicia Keys at the Rock in Rio music festival.

Moves like these signalled the Brazilian congress was no longer concerned about deforestation, said Astrini, encouraging deforestation.

“We feel in our field work that these deforestation gangs are very confident they will get amnesty or that they are covered,” he said.

As more and more of the Amazon is cut down, the world’s greatest forest is now getting close to the “tipping point” – after which experts fear it could disappear.

“A moment will arrive in which the accumulation of this deforestation will cause an effect in which the forest will stop being a forest,” Astrini said. “The scientists calculate this is between 20-30%. We are very close to the 20%.”

The Climate Observatory (Observatório do Clima) – a non-profit, climate change network – calculated that in 2017, 46% of Brazil’s greenhouse gas emissions were due to deforestation.

It also expects deforestation to worsen once Jair Bolsonaro’s new government begins. He has frequently attacked what he calls the “fines industry” of agencies such as Ibama, and wants to allow mining in protected indigenous reserves – some of the Amazon’s least-destroyed forests – and even considered making the environment ministry part of the agriculture ministry.

Bolsonaro has enjoyed support from agribusiness and his minister of agriculture will be headed up by Tereza Cristina, head of its Congress lobby.

His foreign minister, Ernesto Araújo, has argued that global warming is a Marxist plot. On Friday, his vice-president elect, General Hamilton Mourão, while admitting global warming did exist, told the Folha de S.Paulo newspaper: “Environmentalism is used as an instrument of domination by big economies.”

Bolsonaro only backed down on plans to withdraw Brazil from the Paris climate deal because agricultural producers argued the move risked boycotts from European consumers, local media reported.

“If the problem is in politics and politicians and their power of decision, they need to be pressured,” Astrini said.

Taken from the original article in The Guardian: https://www.theguardian.com/environment/2018/nov/24/brazil-records-worst-annual-deforestation-for-a-decade