‘How Can We Grow New Forests If We Don’t Have Enough Trees To Plant?’ 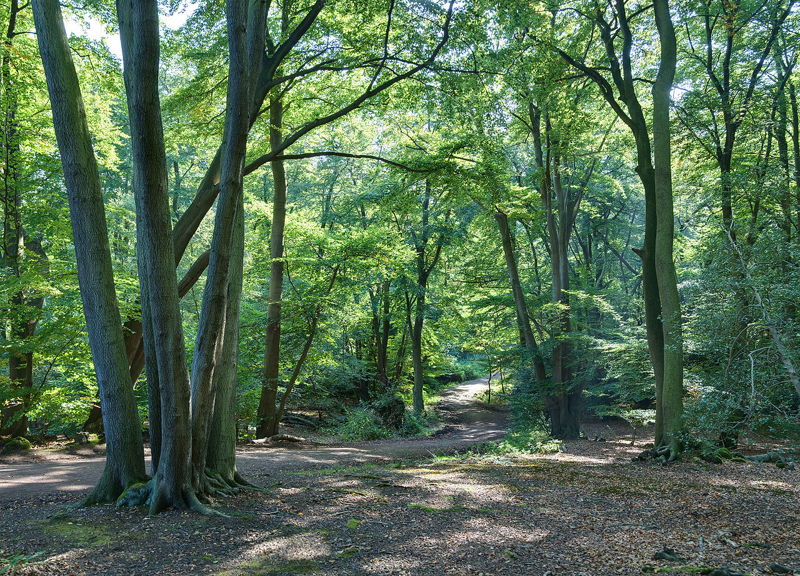 Pledges to plant trees fall from politicians’ lips like leaves in the autumn, especially during elections and climate summits. Yet ambitious government planting targets are likely to be missed because there are not enough trees or people to plant them, leading forestry figures have warned.

Booming demand means that nurseries are already running out of trees, barely weeks into the planting season, according to the Horticultural Trades Association. And a shortage of workers needed to grow, replant and nurture healthy trees has been made worse by Brexit and under-investment in workforce training, according to the Institute of Chartered Foresters (ICF).

George Eustice, the environment secretary, announced in May that the government planned to treble tree planting in England to meet a UK-wide target of 30,000 hectares (74,100 acres) a year by 2024 – the equivalent of at least 90 million trees.

The 2019 manifesto pledge was barely half what most other parties wanted, and trees are a vital part of the global response to the climate crisis, but Confor, which represents the UK’s forestry industry, said the government was undermining that target by making it too hard for landowners in England to gain approval for tree-planting schemes.

While Scotland is well-placed to meet its target to deliver 18,000 hectares, the Welsh government has only recently grasped the scale of the commitment needed, Stuart Goodall, Confor’s chief executive, said.

“With England, what’s been very frustrating for me is that the government is not throwing the kitchen sink at this. It’s not learnt lessons from elsewhere where there has been progress in planting, such as in Scotland, and is trying to deliver types of tree planting that is too narrowly drawn and thereby is undermining its ability to achieve its targets.”

Several schemes are in operation as part of the £640m Nature for Climate Fund, including the Urban Tree Challenge Fund, which aims to plant 134,000 trees in English cities. The scheme has been delayed in some metropolitan local authorities, which have been unable to buy saplings because the necessary funds have not been released. The Forestry Commission said it had received 45 applications and was working through them.

If the money is not released by the fund soon, there may be few trees left to plant. Coles Nurseries is one of England’s largest tree nurseries, growing 250,000 saplings and young trees a year in the east Midlands, mostly for local authorities and construction firms. Vince Edwards, the company’s customer development manager, said it was already running short of some stock less than a month into the tree season. “Trees are selling out very, very quickly,” he said.

Coles had 2,500 Quercus oaks in stock, but “I have already sold 2,000 of those and bear in mind our sales year started on 1 October. That is the number of committed confirmed orders. I have a further 4,500 growing stock, but that won’t be ready until the summer.”

He said the climate pledge was a great opportunity but it would be difficult for Coles to expand its operations since that would require buying more land.

“It’s a fantastic thing [to plant more trees]. But it can’t just happen without consultation and planning. We have a strong customer base. If someone comes along and says ‘I want half a million trees’, I can’t do that because I’ve got customers we’ve been trading with for 30 or 40 years. So I need a couple of years’ notice.”

James Clark, director of policy at the Horticultural Trades Association, said the situation at Coles was shared by other HTA members. “Currently demand is outstripping supply with nurseries at full capacity,” he said.

Clark said a major problem for growers was the shortage of labour, which had worsened since Brexit. The government’s seasonal agricultural workers scheme, which allowed 30,000 foreign workers into the UK last year short of the 70,000 the industry wants – only operates in the summer, so arboreal workers are not included.

Shireen Chambers, the chief executive of the ICF, said the forestry workforce needed a 72% increase to meet the climate crisis targets. “We have serious concerns about the skills shortage in our sector, which we believe puts climate targets are risk,” she said. “Trees have definitely moved up the political agenda and they’re seen as a cheap and easy solution to meeting our net zero target. Well, it’s not that cheap and easy, even if it’s easier than stopping using fossil fuels. Not just anyone can go out and stick trees in the ground.”

Only Bangor university still offers a degree in forestry, Chambers said, after Oxford, Aberdeen and Edinburgh abandoned their undergraduate programmes over past decades.

Chambers said that because 80% of timber used in the UK was imported, the UK was outsourcing many of its climate problems.

“It’s really unfair of the government to be saying we want to get down to net zero by planting trees. It’s only part of the solution. We’re the second highest net importer in the world, after China. We’re getting it from a lot of countries that have difficulty in trying to meet any sort of climate mitigation targets. And what we’re doing is dumping our problems somewhere else.”

Many native species such as oak and beech were imported from Europe until 2019, when the government introduced biosecurity rules aimed at prevent the spread of disease. Further restrictions on other species may also be introduced.

“The government can’t have it both ways,” Clark said. “If it’s pressing down on imports then we need to see greater investment and more focus on UK production but we’re just not seeing that at the moment.”

People working in woodland management say the process of seeking approval for new planting has become more and more convoluted and is becoming as complex as the town planning system. Grants for transforming farmland into woodland are dependent on including a mix of native broadleaf deciduous trees alongside commercial varieties such as conifers which grow more quickly and can be more easily farmed. Charities including the Woodland Trust put more emphasis on slower growing native species because they absorb more carbon than conifers.

Debates about tree mixes for individual projects cause delays and having requirements for too many native trees may make projects uneconomic for farmers who are considering transforming land used for food, one consultant said. That can lead to no woodland being planted at all.

Local authorities for smaller cities and towns are increasingly buying farmland on the fringes of cities to transform into woodland areas. Trees are seen as increasingly important for reducing the impact of the climate crisis in urban areas because the canopy of leaves can lower summer temperatures considerably, lessen the need for air conditioning and improve air quality.

A Forestry Commission spokesperson said: “The commission was pleased to receive a large number of applications to the Urban Tree Challenge Fund this year. Forty-five applications have been successful and we have already issued a number of agreements.

“We appreciate the need to get the agreements out to allow trees to be ordered for this season’s planting and we are working hard to process the remaining agreements shortly.”

The government said it was confident of meeting the 30,000 hectare target by the end of this parliament.

Taken from the original article in The Guardian: https://www.theguardian.com/environment/2021/oct/31/how-can-we-grow-new-forests-if-we-dont-have-enough-trees-to-plant