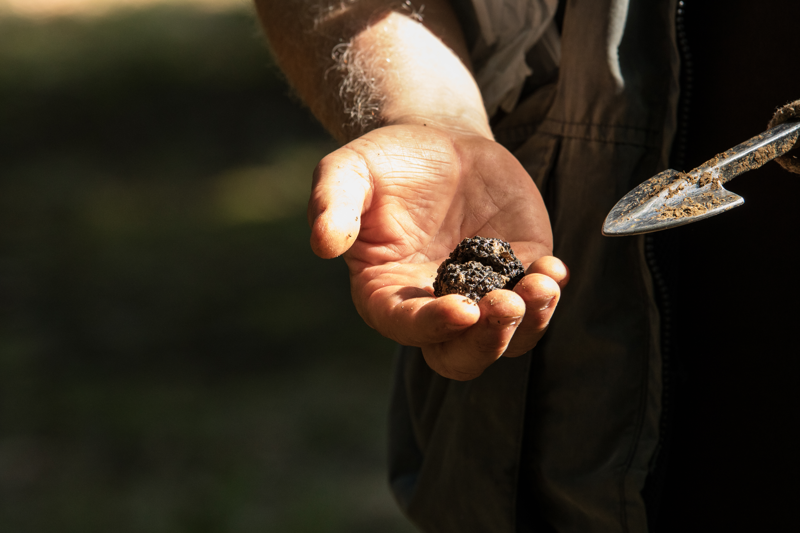 An interesting piece on the hunt for truffle in Croatia. Every tree at Truffle Farms is nurtured by our team of experts to ensure we get the best crop of the sought after Truffle.

Motovun (Croatia) (AFP) – The sound of paws scurrying along the forest floor echoes through Croatia’s northwestern woods, where the hunt for truffles is being threatened by climate change and deforestation — stirring fears that the country’s gastronomic goldmine may be at risk.

The delicate microclimate in the picturesque Istria peninsula’s forests has long been famed for producing some of the finest white truffles, which this year fetched up to 2,500 euros ($2,860) per kilo.

But the increase in temperatures and lower precipitation levels linked to climate change along with a shrinking water table and habitat loss could throw off the natural incubator that produces the luxurious ingredient.

“It’s more difficult to find a truffle than to sell it,” laments Darko Muzica, who oversees the Istra association of truffle hunters, an advocacy group campaigning to protect the peninsula’s white truffle.

A 2014 study on Istria’s truffles issued a similar warning, saying: “throughout the world the productivity of natural truffle habitats is shrinking which is often linked with climate change but also the ways the land is used”.

“The whole region would benefit from it,” says Ivan Vukadinovic, who is also a member of the truffle hunter association.

Fears over the truffle’s future in Istria comes on the heels of a decades-long love affair with the culinary delight in Croatia.

Istria has long been a tourist hotspot in the Balkan nation, famed for its pristine coastline as well as island getaways but has often been overshadowed on the truffle front by neighbouring Italy across the Adriatic.

With money to be made, truffle hunters, accompanied by teams of specially trained dogs, comb through Istria’s dense, lowland forests near Motovun hoping to strike white gold.

“Search! Search!” shouts forest scientist Zeljko Zgrablic as his two dogs paw at the ground near a suspected bulb.

After digging away a layer of topsoil, Zgrablic carefully extracts a white truffle weighing some 20 grams — which could net up to 130 euros ($145).

It is a typical scene during Istria’s white truffle season that runs from September to late December, attracting a wide swath of afficionados ranging from weekend warriors to locals hoping to pocket extra cash.

Istria remains one of the few areas outside of Italy’s famed Alba region able to produce high-end white truffles thanks to its humid climate and alkaline soil that imbues the edible fungi with a strong aroma and optimal density.

“They are heavy, have a good shape… which makes them a top quality product,” says Zgrablic as he carefully writes down details of the truffle.

The first written reference to truffles in Istria dates back to the late 1920s, when the peninsula was then part of Italy.

But the industry has gone into overdrive in the past two decades, with the sector netting millions of dollars annually — spurring Istria to rebrand itself as “truffle land”.

The truffle rush started after the discovery of a bulb weighing 1.31 kilogrammes (2.88 pounds) that was listed for a time in the Guinness Book of World Records.

“The event started a truffle avalanche,” says Giancarlo Zigante, a former hunter and restaurateur, who now produces hundreds of locally sourced truffle products — including oil, chocolate and chips that are exported to dozens of countries worldwide.

Hoping to protect the area’s lucrative truffle trade, the local association of truffle hunters has begun campaigning for “protected designation of origin” within the European Union.

If granted, it says the certification would help provide better management of the region’s forests by eliminating their “irrational devastation”, while also guaranteeing the truffle’s authenticity and helping raise awareness for preservation efforts.

But for many enthusiasts, preserving the area’s habitat is about protecting the simple pleasures that come with truffle hunts.

“It’s a lifestyle, it gets under your skin,” Muzica says.

“The dog is happy whenever I’m happy. And I’m happy when my dog finds a truffle.”