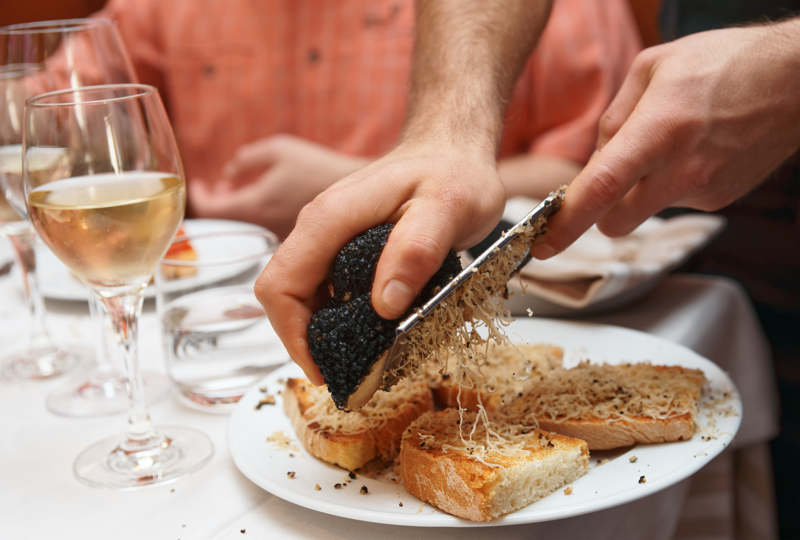 A Sydney chef has revealed diners are indulging on this expensive ingredient during winter – despite the fact it costs $2000 a kilo.

Australians are battling with rising costs of living, but despite soaring grocery prices, we’re still splashing out on small “luxuries”.

Black truffles are known to be one of the most expensive ingredients in the world – with a kilo of the fancy mushrooms currently selling anywhere between $1500 – $2000.

“About 25 years ago, farmers started trying to cultivate truffles in Australia and now Australia is one of the biggest producers of black truffles in the world, exporting to the U.S., Europe and Asia.

“During the pandemic the international export slowed so Australian truffle growers were under pressure to sell their truffles domestically because as soon as they come out of the dirt they start to deteriorate.

“But when international markets began demanding truffle again, our prices went through the roof.”

But despite the high-prices, it hasn’t stopped the 2022 season from taking off, with restaurants reporting customers are splurging on dishes made with the costly item.

“Traditionally truffles have always been found in the wild where they grow along side and living of the nutrients provided by Oaks, Hazels and Chestnuts,” he said.

“Today truffle farmers have tried to recreate these environments by planting these tree varieties in chalky, shallow, well drained soils to mimic the conditions where the introduced spored might yield truffles.

“The weather conditions, the age of the trees and the quality of the spores all dictate whether the ground will produce this elusive black gold.

“It has not always been successful, like producing the best wine in the world nature is hard to curtail and nature will determine if your efforts are reworded.”

Truffle has a distinctive earthy flavour and an “unmistakeable” aroma that Ross says can “fill room”. In Australia, they are grown in NSW, VIC, Tasmania, and WA.

“Woodcut will go through 30 kilos or about $60,000 worth of truffles during the 8-week truffle season,” he said, explaining the most popular dish on his menu is the truffle toastie.

It’s far from your average sandwich though, with the bread filled with whipped Gruyère and covered in grated truffle.

Ross also said black truffles served with a cheese fondue “is a real winter indulgence” that is “perfect” served with a glass of red.

“I love an Italian red like a Nebbiolo or Amerone from Piermonte,” he said. “I was choosing an Australian wine it would be the Clonakilla Shiraz from Canberra.”