Farmers’ tree dilemma: if we plant woodland, will we take a cash hit? 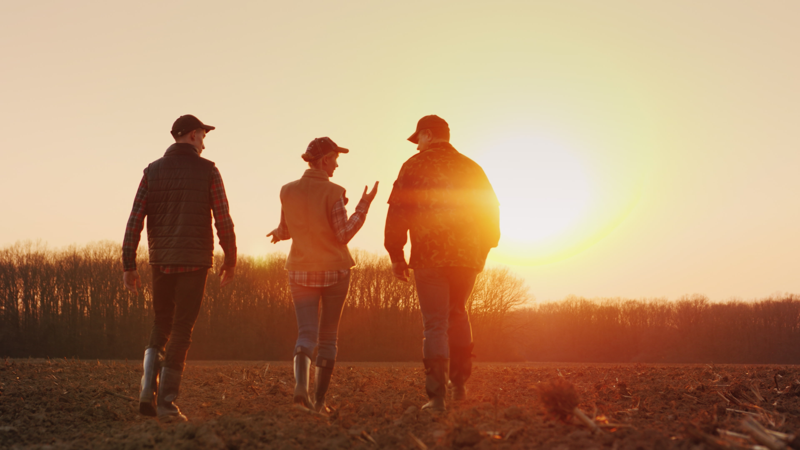 Four years after a new post-Brexit payments system was promised by ministers, confusion leaves bid to improve biodiversity in limbo.

Farmers are putting off planting trees because of the uncertainty surrounding the government’s plans for subsidies based on protecting nature, delaying the UK’s efforts to cut greenhouse gas emissions and stem the drastic decline in farmland wildlife.

New farm payments are expected from 2024, under the post-Brexit subsidy regime the government has promised, but farmers fear if they plant trees now they will not get the credit for it when the new schemes start. Meanwhile, they face potentially losing their existing subsidies if they switch to more tree-planting now.

Ministers have repeatedly stressed that future payments to farmers will be on the principle of “public money for public goods”, meaning farmers will be paid for taking care of the land and wildlife, under “environmental land management contracts” or ELMs. But farmers have told the Observer there are too few details available about the expected new system, four years after it was promised by the government.

This leaves farmers in limbo. If they use land currently in food production to plant trees, they could forfeit their existing subsidies, called basic payments. Many farmers are also tied into stewardship agreements with the government, under which they receive special subsidy payments for good environmental management. But these are so inflexible that farmers cannot plant trees as this would violate their agreement.

“We are grateful for the stewardship payments, but it is difficult to change them,” said Martin Hole, a livestock farmer in Sussex. “Farmers are in a pinch. This is happening to me, and I hear it from many others. We want to plant trees, but there may be financial penalties if we do.”

Hole wanted to triple the area of woodland on his farm, but could not make the finances work, as it would mean redrawing his current stewardship arrangement and he is unsure of any future support.

Richard Bramley, an arable farmer south of York, who chairs the National Farmers’ Union environment forum, faces a similar quandary. He said the government had not yet set out details of how farmers would be encouraged to plant trees and hedgerows in future. “There is just so little information. Planting trees requires capital and time, and is a permanent change so you want to get it right.”

Trees are an integral part of environmentally beneficial farming, as they provide habitats for wildlife, help prevent flooding, store carbon and clean the air. They also benefit farmers, providing shade and shelter for livestock, and encouraging pollinators.

Planting trees requires significant investment, however. Rhys Evans, a beef and sheep farmer in south Snowdonia, is planting 1km of hedgerow, with fence poles costing £3 each and £30 for corners, even before the cost of the 7,000 saplings required, and labour. “It’s very expensive. There will be long-term benefits, and we want to do it, but many farmers who are less proactive will be put off,” he said.

Martin Lines, chair of the Nature Friendly Farming Network, said farmers were increasingly aware of the benefits of trees and hedgerows, but needed more encouragement to start planting. “We’re getting mixed signals,” he said. “The government needs to give us more reassurance.”

Organic farmers are also being deterred from investing in agroforestry, combining forestry with food production by growing trees that produce organic nuts and fruit in among crops or livestock pasture. Guy Singh-Watson, founder of Riverford, the vegetable box company, said: “Some of these trees are not native, they are European or American, so they might not be included in a requirement to plant native species. The government has shown little interest in agroforestry in general.”

The Department for Environment, Food and Rural Affairs pointed to its scheme for farmers to plant as little as one hectare of trees. “By taking up grants such as the England Woodland Creation Offer now, farmers and landowners will be able to transfer into future environmental land management schemes at agreed points without having to repay their current funding,” a spokesperson said.

However, farmers said the woodland creation scheme was not suitable for all farms, as it was geared to those who could afford to take a significant area out of production. Many are also concerned about what would happen if the trees failed, or were damaged by storms, deer or rabbits, as they could be held liable for fresh investment to replant the woodland. As many as one in four trees can require replanting, even in good circumstances.

Farm subsidies are a devolved policy across the UK, but Scotland and Wales face similar issues. Hywel Morgan, with a hill farm in the western Brecon Beacons, told the Observer many farms nearby were being bought up by corporations to grow forests for carbon credits, to offset their carbon emissions. “What about those of us who want to continue as family farms? I can’t see how planting these trees but then importing food makes sense [for the environment]. I’d like to plant trees but to farm too.”

Ministers must act faster, urged Ben Raskin, head of horticulture and agroforestry at the Soil Association. “This is a complex and long-term issue, but they should not make us wait until they have something they think is perfect. We would like to see some interim help at least, on agroforestry and hedgerows. Farmers want to be doing more now.”