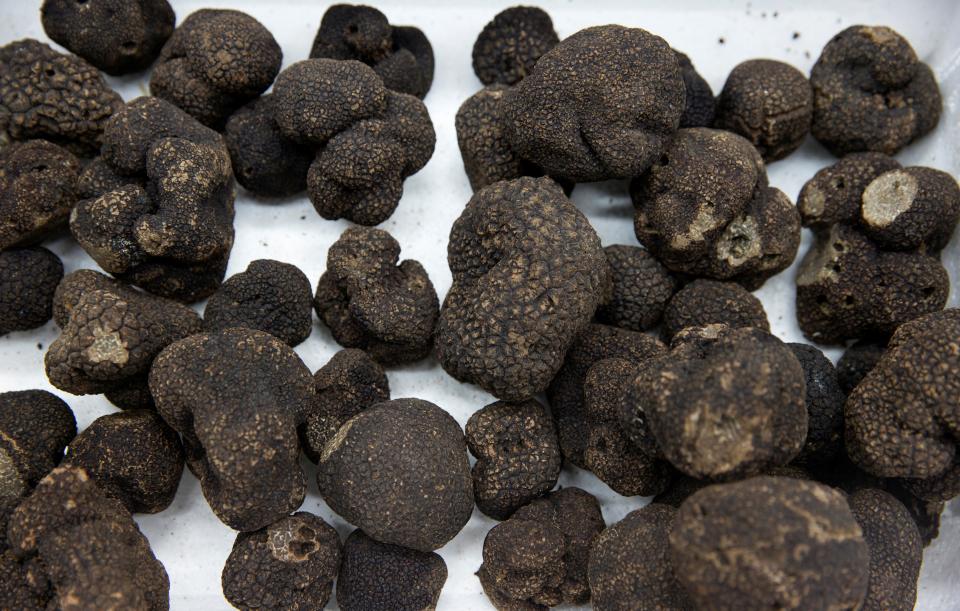 MARSEILLE, France (Reuters) – As the festive season approaches French foodies are lamenting a sharp rise in the price of black truffles after a severe drought ravaged this year’s harvest of the “black diamond” delicacy.

The tiny subterranean tuber that starts life among tree roots in spring is usually swollen by abundant autumn rains, but for a second consecutive year they have failed to arrive in southern France, a major world producer of melanosporum truffles, a premium-grade variety.

As the ultra-short selling season opened at the Richerenches truffle market in the picturesque Vaucluse region above France’s Riviera coast last weekend, just 60 kilos of truffles changed hands, compared to as much as 500 kilos in more normal years.

“No rain for seven months now,” Jean-Louis Bondil, a truffle producer from the region, told Reuters. “It’s going to be worse than last year, and that was already catastrophic.”

Bondil estimate that the wholesale price of French black truffles this year could top 1,500 euros a kilo, compared to about 1,200 euros last year, already a scarcity year. The retail price could be four times as high.

Climate change, drought and severe storms have also sent the price of white truffles produced in nearby northern Italy soaring to an all-time high average price of 6,000 euros per kilo.

For foodies, black truffles – which usually look like knobbly balls of dark damp mud – offer a unique taste. They are also prized by some as a symbol of high status or for their traditional reputation as an aphrodisiac.

Whole truffles are sometimes cut into thin slices and added to certain dishes such as raw scallop carpaccio. Broken truffles, which can be bought at a marginally less hefty price, are often sprinkled in tiny quantities over pasta or omelettes.

Bondil said people might simply stop buying truffles because of the price or turn to less prestigious varieties being produced in countries such as China,

“It’s exorbitant, and it’s not a good thing,” he said.

Taken from the original article on Reuters: https://www.reuters.com/article/us-france-drought-truffles/foodies-lament-soaring-price-of-black-truffles-in-france-idUSKBN1DO1U3