‘It’ll take away our livelihoods’: Welsh farmers on rewilding and carbon markets 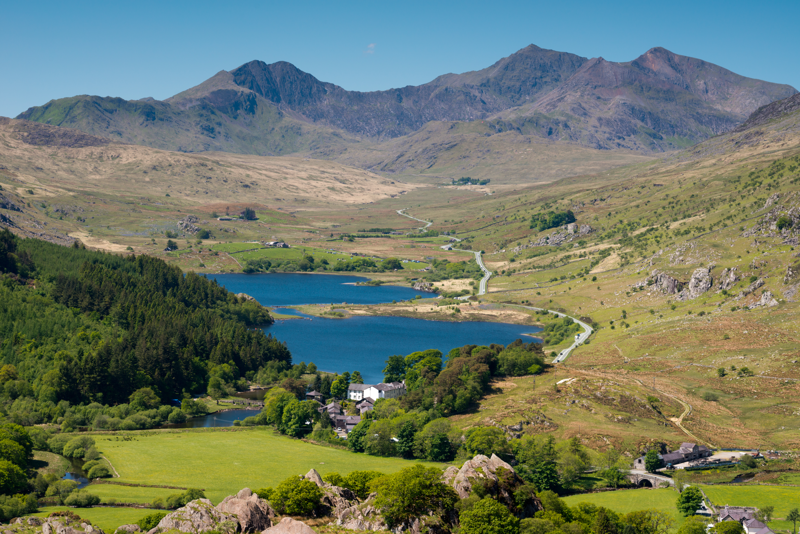 Despite attempts to integrate them into moves to tackle the biodiversity crisis, some farmers still feel sidelined and criticised.

Teleri Fielden is suddenly very despairing. After skirting around the topic for the best part of an hour at her farm in Snowdonia, we’re discussing rewilding and the idea of restoring land to a more natural state and creating more nature-friendly farming practices.

Wales has become one of the focal points of the debate playing out all over the world about how farms and rewilding can work together. Supporters of rewilding say the two can co-exist, but that farming has to change given it is the biggest contributor to nature loss in the country.

Around 1 in 6 species in the country are currently at risk of extinction and birds like turtle doves and corn buntings have already gone from Wales’ skies.

With close to 90% of land in Wales used for agriculture, there is currently little space for wildlife to exist free from the influence of farming. Rewilding, which can involve encouraging and supporting wildlife on-farm through replanting hedgerows as well as giving over unproductive land to nature, could help reverse the biodiversity decline.

A recent report from the Rewilding Britain charity found rewilding at 22 sites in England had led to an increase in jobs from a total of 151 to 222, in roles including animal husbandry, ecology and nature tourism.

But two years ago plans to rewild a large area of mid-Wales sparked a backlash from farmers, who felt sidelined. Rewilding Britain was forced to step down from the project. Adding to the disquiet are reports of Welsh farmland being bought for carbon-offset projects.

Fielden, 31, who has just taken over the tenancy of Hafod y Llyn Isaf, a farm a few miles from Wales’ highest mountain, Yr Wyddfa (Snowdon), is involved in the nature friendly farming network, but nonetheless remains sceptical of rewilding.

“I just find it bizarre. It is as if they just go, ‘we’ll pluck all you people out of there, we don’t want you, your livelihoods, your traditions or your land management skills’,” she says.

“We’ll just remove you and to hell with the rural economy, people and food. It’s a weird kind of Highland clearance,” adds Fielden, referring to the forced removal of people from farms in the Scottish Highlands by landlords from the mid-18th century.

Together with her husband, Ned, 29, Fielden is building a herd of sheep and cattle, which they rear outdoors all year round. She has made a beautifully hand-drawn map of their plans for creating flower-rich meadows and integrating the woodland on their farm, once an estuary.

“Nature can do amazing things, but if we separate ourselves from the land, we will lose that link, as well as the skills and experience of managing it for ever. We could just import food – or instead, we could create livelihoods, local communities and homegrown protein.”

For Fielden, taking on the farm was only possible with a loan from her parents to cover the cost of livestock and investments around the farm. Income streams include selling meat boxes, being paid to graze their livestock on other land, and jobs four days a week off the farm.

It sounds precarious, but Fielden, who grew up in Wrexham, already feels committed to the area and community. “We’re probably going to be here for the rest of our lives,” she says.

“I’ve always wanted to farm and to do something positive environmentally. And for me, beef and lamb is the most ethical way of raising meat. Our animals are very much free range, they’re just here on the land. It’s a closed-loop system [manure is recycled into the soil that grows the grass animals eat]. We’re not buying in soya feed like with chickens and there are no external inputs apart from worm treatment.”

Jane Powell, a coordinator of the Wales Real Food and Farming Conference, and who has been involved in rewilding projects, says farmers are seen by some as “incidental” to the countryside: “That they [farmers] had trashed the wildlife and now someone else was going to restore it.”

Powell says land-use debates must take account of food, wildlife, tourism and jobs. “Wildlife and food are not two things to be traded off against each other; they need to be integrated.

“We shouldn’t be selling off bits of land for rewilding and keeping intensive poultry production on others,” she says.

Rewilding Britain admits mistakes were made in the mid-Wales project, but insists it is a myth to think rewilding is about abandoning land, food production or communities.

“Growing numbers of farms are showing how they can make a difference to nature – from smaller-scale wildlife projects that are sowing wildflowers or replanting hedgerows or reducing chemical use, to farms that are rewilding marginal and unproductive land on a large-scale,” says a spokesperson for the organisation.

“Farmers are essential for helping society tackle the nature and climate crises – not least because some 70% of Britain is farmland, and because so often farmers know the land intimately, with deep cultural, historical and personal connections to it.”

While Fielden juggles work, the farm and diversification to stay viable, 50 miles to the south in mid-Wales, Rhidian Glyn has a large enough cattle and sheep business to farm full-time.

Glyn, 36, is also a tenant, with a landlord who he is keen to stress wants the land to remain in agricultural use.

His type of farming – livestock on hilly land – is often seen as the least viable, yet subsidies make up just 10% of his turnover, thanks to booming lamb sales – “prices have gone through the roof since Brexit”, he says – and a profitable business rearing milking cows for local dairy farmers.

Annual measurements of the farm’s soils show he is capturing and storing, or sequestering, carbon through his cattle and sheep.

“Because we rotationally graze [moving animals between pastures], the organic matter of the soil is improving at a rate of 0.2% a year, which means more carbon locked up in the soils. For every tonne of meat we’re selling from the farm, nine tonnes of carbon are being sequestered,” he says.

Yet for Glyn, this is no financial boom, rather a source of potential conflict if farmers are sold credits for that carbon but later asked to provide meat that can be marketed as sequestering carbon.

As with the debate about rewilding, Glyn fears that carbon offsetting will accelerate a move away from food production and traditional livelihoods in Wales. He doesn’t want to sell carbon credits from planting trees or sequestered carbon in his soils if it replaces rearing sheep and cattle.

“It would be interesting if the world did come to that, but whether it’s right is another thing. Agriculture is just the recycling of carbon, isn’t it? Whereas the companies that are buying carbon credits are just burning fossil fuels, aren’t they, which is just a one-way system.”