Retriever puppy digs up sovereign coins worth £6,000 on first walk 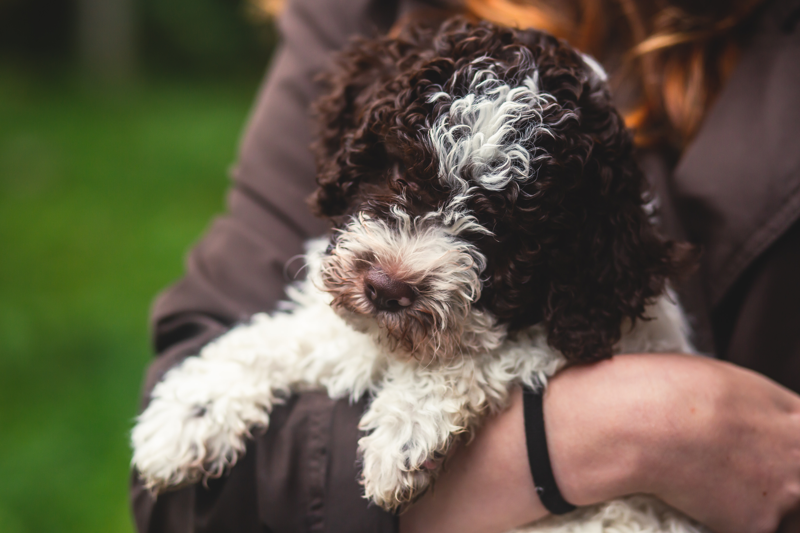 A family’s new puppy became a gold digger when it discovered several sovereign coins worth almost £6,000.

Adam Clark, 51, bought Ollie as a surprise for his nine-year-old daughter Alicia a month ago.

The dog is a lagotto romagnolo – a type of water retriever which is notorious for digging, especially for truffles.

And on March 30 he certainly made his weight in gold by discovering 15 coins likely dating back to the 19th century on his first walk with his new family.

Adam, from Blackpool in Lancashire, said: ‘When we got him we thought he seemed special.

‘Alicia was over the moon and we couldn’t wait to take him out for his first walk around the gala fields.

‘We’d literally been walking for around 10 minutes when Ollie suddenly stopped and started frantically digging away at the soil.

‘That’s when he uncovered the pile of gold pieces – I couldn’t quite believe it.

The treasure is one thing, but, the fact is, I’ve bought myself my very own gold hunter, and I cannot wait to take him out again.

‘He is obviously a very special pup and I’m thrilled with what he brings to the table – quite literally!’

Adam, who works in property, took the gold coins to be examined by leading gold dealer Chards, which is based in Blackpool.

Although Adam and his partner Kim Mcguire, 37, are delighted by the find, they believe the real prize is Ollie.

‘I have an allergy to animal hair so we were restricted on what dog we could get,’ he added.

‘After Alicia researched online she found out Ollie’s breed is hypoallergenic and doesn’t malt so he was safe for me.

‘We got him from a breeder in Manchester and my daughter connected with him instantly – they’re best friends.

‘He cost me £2,000 so after sniffing out the gold he tripled my investment which is always a bonus!’

Retriever puppy digs up sovereign coins worth £6,000 on first walk