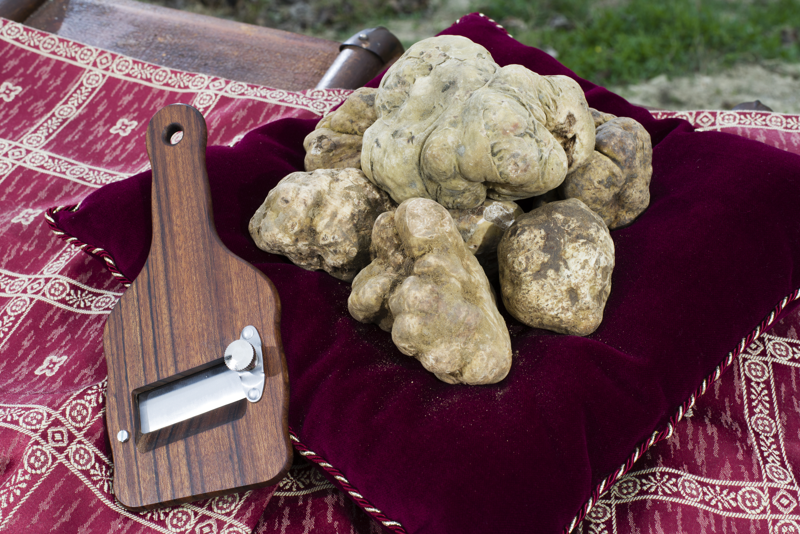 JEDDAH: Truffles evoke luxury and expense. Rare and delectable, they can be found in dishes at fine dining restaurants, in specialty food stores, or nestled in a corner of the exotic produce section at some supermarkets.

Truffles are touted as one of the most expensive food items because they are seasonal, found underground in remote areas during the wet winter season, and are difficult to cultivate as they grow naturally without any farming process.
Saudi Arabia is famous for its white truffles grown in spacious desert in the country’s central region, specifically in Qassim, which is approximately 400 km northwest of Riyadh.

Truffles are touted as one of the most expensive food items because they are seasonal, found underground in remote areas during the wet winter season, and are difficult to cultivate as they grow naturally without any farming process.

Every year during the winter season Saudi truffle hunters, collectors, and farmers from around the country flock to deserts or their farms to hunt for big white truffles, known locally as zbaidi, to show them off, cook them, or sell them at local auctions.

Each zbaidi weighs between 10 and 400 grams. It has a smooth or dusty surface as it grows in the dirt, and a soft body that breaks easily. It is the most popular and in-demand type of truffle in Saudi Arabia and the wider Gulf Cooperation Council region.
The municipal administration office of Shari, in Qassim, organized a five-day truffle festival from Jan. 25 – 30.

The festival’s aim was to gather local farmers and truffle collectors under one roof to promote the place as a tourist destination and develop the truffle industry for economic opportunities.
It has 12 truffle booths and an auction area for truffles grown in more than 15 participating farms, in addition to other Qassimi products such as dates and honey.

Qassim Gov. Prince Faisal bin Mishaal bin Saud bin Abdulaziz said during his visit to the event that the diversity of festivals and agricultural products had become a feature of the region.
“Such festivals promote the region as an economic destination (to visit) from all regions of the Kingdom,” he said, according to a Saudi Press Agency report.

He also expressed his pride in the diversity of festivals and agricultural products to come out of the region, saying the truffle festival came in response to the desire of farmers and those interested in this product as it was cultivated seasonally.

Qassim has 25 farms for cultivating truffles, each with an average 1,000 hectares, and the produce is worth up to SR50 million ($13.33 million), making it an attractive business opportunity for investors.

This season supported farmers on a grand scale, with truffle prices reaching more than SR1,000 per kilo. Youssif Al-Mutlag, the owner of the biggest truffle farms in the Kingdom located in Qassim, described himself as a huge truffle fan, hunter, and collector. His passion for truffles drove him to become the first, best, and biggest truffle farm owner in Saudi Arabia and the GCC.

His farm is open to all on weekdays during the day. Visitors can access the farm in their cars by paying $266.50 (per vehicle) to enjoy the weather, camp, and collect truffles.

“My farm is open for visitors from around the Kingdom and the world to enjoy collecting truffles, as much as they can find,” he told Arab News. “Hunting truffles is a fun activity where you have to go for a long walk on spacious land, which is really good for the body. It is a sport, a tradition, and a joyful activity. All that you need is patience, a good eye for (the) Raqrouq plant, a screwdriver to pull it out of the dirt, and you are good to go.”

He also talked about the health benefits and nutritional value of truffles.

“Ancient Arabs used to depend on truffles as a great source of protein, fats, and minerals, and as a replacement for meat. So, once it is truffle season, prices of meat used to go lower than normal days.”

Saudis like fresh zbaidi truffles as they use them in many traditional winter recipes.
Truffles belong to the fungi family called Terfeziaceae and they appear after rainfall in the winter season in certain areas. They come in spherical shapes and different tones such as light or dark brown, blackish or white.

Al-Mutlag said: “Truffles grow symmetrically with the Raqrouq plant, its scientific name is Helianthemum Kahiricum connected to its roots. There are many types of truffles, including khalasi that has a dark red color and a hard crust, and the other type is zbaidi in white, which has a distinctive smell, taste, size, and shape.”

There is also a rare type of truffle, jabba, which has a distinctive black color and is the most expensive type as it is dried and used in dishes at fine dining restaurants.

“These types are determined by the land and soil but it grows more likely in uncultivated stony land,” he said, adding that investing in truffle cultivation was a win-win situation. “The truffle industry is a successful trade as the income rate can reach 200 percent.”