Within our lifetime, the supply for true Perigord Truffle will never get close to the demand; no matter how hard we try. That is why the wholesale price of the European Perigord Truffle in the 2018/19 season averaged €950 per KG.

Authenticity means everything to the fine dining restaurants that demand truffles.

China has been producing truffles for years but like wines, the world’s fine dining restaurants are not interested in cheap low quality alternatives. Their clients demand and pay for the best ingredients with proven provenance.

Demand is rising exponentially – In the US alone it has grown from a market of $4m to $30m in 10 years. The demand from BRIC countries is incalculable.

At present 80% of the world’s Truffle supply comes from the wild.

What is a Truffle?

A truffle is the fruiting body of an underground mushroom or tuber; spore dispersal is accomplished naturally through fungivores, (animals that eat fungi) or by natural (but pure) innoculation of the tree roots under laboratory conditions. Ensuring that our trees will have no competing spores on their roots ensures that the Truffles have the maximum chance to develop. Almost all truffles are ectomycorrhizal and are therefore usually found in close association with a variety of tree species. However, Oak and Hazel are the most common trees used for innoculation and plantation development.

What Truffles Trees Do We Plant?

We focus on the Black Perigord Truffle (Tuber Melanosporum) for the following reasons:

It is the second most valuable truffle.
It is the most successfully cultivated truffle.
Our plantations are located where soil and climactic conditions are perfect for maximising crop levels.

We buy innoculated trees from and partner with the most advanced companies with proven laboratory procedures and the best results. Each are significantly contributing to and at the forefront of the science and husbandry of truffle tree and truffle cultivation. 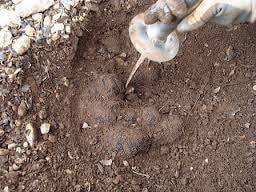 After a number of years innoculated trees begin to show bare patches around their bases, called “brules”. This is the sign of truffles fruiting in the ground below. Specially trained truffle dogs are then used to identify the truffles and they are dug out carefully with a special tool.

The first mention of truffles appears in the inscriptions of the neo-Sumerians regarding their Amorite enemy’s eating habits (Third Dynasty of Ur, 20th century BC) and later in writings of Theophrastus in the fourth century BC. In classical times, their origins were a mystery that challenged many; Plutarch and others thought them to be the result of lightning, warmth and water in the soil, while Juvenal thought thunder and rain to be instrumental in their origin. Cicero deemed them children of the earth, while Dioscorides thought they were tuberous roots..

Truffles were rarely used during the Middle Ages. Truffle hunting is mentioned by Bartolomeo Platina, the papal historian, in 1481, when he recorded that the sows of Notza were without equal in hunting truffles, but they should be muzzled to prevent them from eating the prize.

During the Renaissance, truffles regained popularity in Europe and were honoured at the court of King Francis I of France. However, it was not until the 17th century that Western (and in particular French) cuisine abandoned “heavy” oriental spices, and rediscovered the natural flavour of foodstuffs. Truffles were very popular in Parisian markets in the 1780s. They were imported seasonally from truffle grounds, where peasants had long enjoyed their secret. Brillat-Savarin (1825) noted characteristically that they were so expensive they appeared only at the dinner tables of great nobles and kept women. A great delicacy was a truffled turkey.

In 1808, Joseph Talon of Apt in Vaucluse, Southern France was successful in his attempts to cultivate truffles. People had long observed that truffle, were growing among the roots of certain trees, and in 1808, he had the idea to sow some acorns collected at the foot of oak trees known to host truffles in their root system.

The experiment was successful: years later, truffles were found in the soil around the newly grown oak trees. In 1847, Auguste Rousseau of Carpentras (in Vaucluse) planted 7 hectares (17 acres) of oak trees (again from acorns found on the soil around truffle-producing oak trees), and he subsequently obtained large harvests of truffles. He received a prize at the 1855 World’s Fair in Paris.

These successful attempts were met with enthusiasm in southern France, which possessed the sweet limestone soils and dry, hot weather that truffles need to grow. In the late 19th century, an epidemic of phylloxera destroyed many of the vineyards in southern France. Another epidemic destroyed most of the silkworms there, too, making the fields of mulberry trees useless. Thus, large tracts of land were set free for the cultivation of truffles. Thousands of truffle-producing trees were planted, and production reached peaks of hundreds of tonnes at the end of the 19th century. In 1890, there were 75,000 hectares (190,000 acres) of truffle-producing trees.

The 20th century, however, with the growing industrialization of France and the subsequent rural exodus, saw many of these truffle fields (champs truffiers or truffieres) return to wilderness. The First World War also dealt a serious blow to the French countryside, killing 20% or more of the male work force. As a consequence of these events, newly acquired techniques of trufficulture were lost. Also, between the two world wars, the truffle groves planted in the 19th century stopped being productive. Consequently, after 1945, the production of truffles plummeted, and prices have risen dramatically. In 1900, truffles were used by most people, and on many occasions. Today, they are a rare delicacy reserved for the rich, or used on very special occasions.

We develop Truffle Farms with the World’s best Truffle Science

WE PLANT THEM IN THE WORLD'S BEST TRUFFLE GROWING SOIL