UK set to become truffle capital of the world within 30 years, scientists say

Britain is set to become the truffle capital of the world within 30 years, scientists have said, as they are developing new genetic approaches to create varieties that grow twice as fast.

It comes as a shift in climate means truffle farmers in the Mediterranean are facing exceptionally dry weather, creating a chronic shortage of the flavoursome fungus.

Shrinking exports from the Med have seen truffle prices in the UK double to £900 a kilo.

At present the UK produces around one tonne of truffles a year, compared to France’s 50-80 tonnes.
truffles 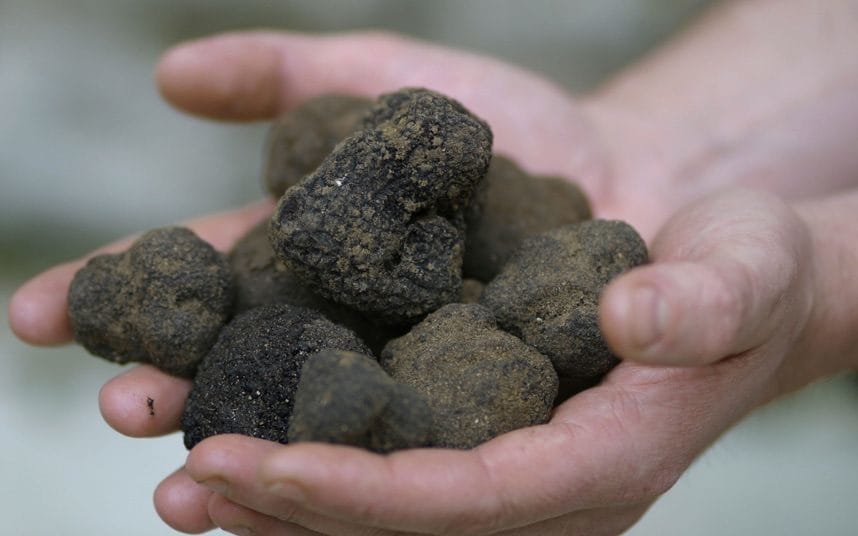 Warmer conditions in the UK and pioneering genetic technology which can dramatically speed up their production, means rare black truffles are starting to be grown in Britain Credit: Telegraph

But now warmer conditions in the UK and pioneering genetic technology which can dramatically speed up their production, means rare black truffles are starting to be grown in Britain, with the UK set to become a major producer within a generation.

Climate modelling by Dr Paul Thomas, who specialists in the cultivation of truffles at the Stirling University, found mild Mediterranean weather that has made them a staple of French cuisine will be replaced by harsh droughts that will wreck production over the next 30-40 years.

He said: “That drying is a long-term trend in Europe so the future looks pretty good for British truffles,” said Dr Thomas, who called for a strategic increase in production if farmers in the UK were to capitalise on climate change.

“We need to be planning now if we are going to shift truffle producing regions [north]. In all the climate models, it looks pretty bleak for a lot of areas of Europe. I would say its important that we prepare now.” The truffle industry is projected to be worth £4.5bn in the next 10 to 20 years. 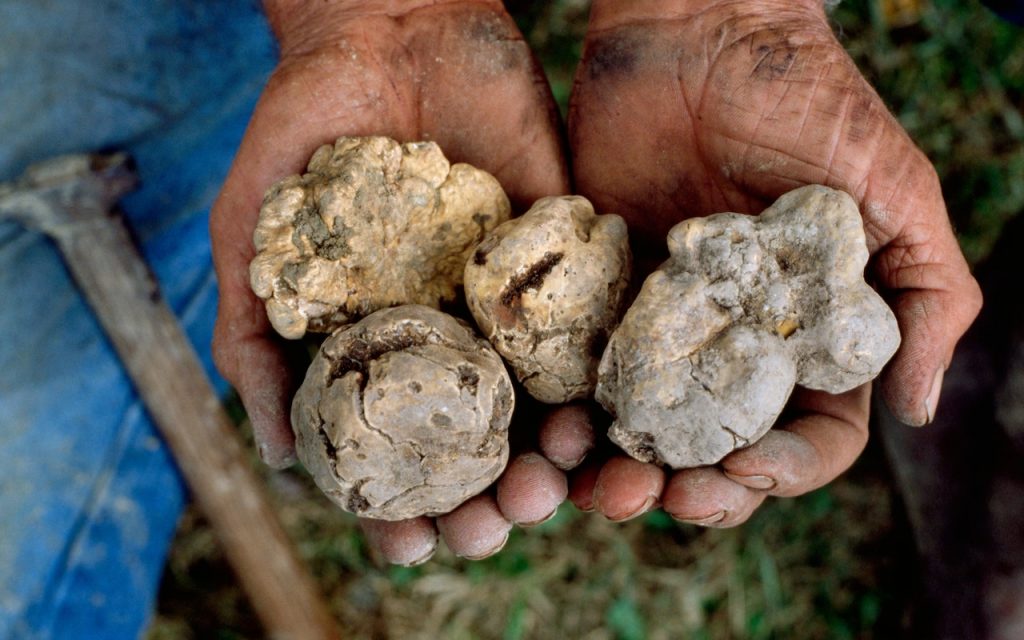 An Italian truffle hunter (also known as a trifulau), holds a handful of white truffles (tartufi bianco) after finding the fungus among the roots of trees in the hills around Alba, Piedmont Credit: Bryn Colton

Dr Thomas has been working with farmers to develop production in the UK not only of native species but also highly-prized French varieties, described by one French gourmet (Jean Anthelme Brillat-Savarin) as “the diamonds of the kitchen.”

With the climate trends Dr Thomas now anticipated, the UK was perfectly placed to “become pivotal in the global truffle industry” but it would require a big commitment by government, industry and their agencies, he said.

He added: “We have the space to do it and we plant a lot of trees already [which could be treated with the fungus]. A 100 years ago, there was a knowledge and awareness of truffles. We had full time truffle hunters. Mrs Beaton wrote about them in her cookbooks. That awareness and knowledge died out.

“We don’t have it in our psyche as a national product. We need to change that and get support from the Forestry Commission and higher up to scale it up. Given that we did it all 100 years ago, it is like bringing back a native crop.”

It involves epigenetics, where the plant’s genes are switched on and off, to speed up truffle growth for harvest in three years’ time instead of a typical growth time of six years.

The process sees seeds inoculated with truffle fungus, grown in greenhouses, and then planted them at sites around the UK.

The latest – hazel whips with their roots enveloped in fungus – were planted in Bute off the west of Scotland last year.

Taken from the original article on The Telegraph: https://www.telegraph.co.uk/news/2018/05/13/uk-set-become-major-truffle-producer/