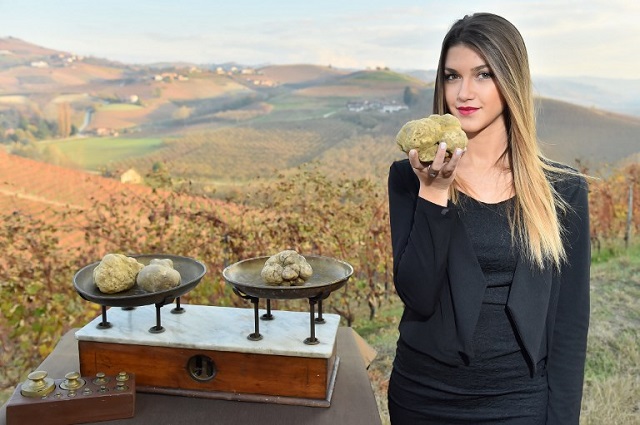 The white truffle is one of the most sought-after ingredients for autumnal dishes in Italy and around the globe, and it’s also one of the priciest.

This year, the cost per kilo of the delicacy soared to a record high at the prestigious White Truffle Fair in Alba, Piedmont.

The average price of truffle per kilo reached €6000, up from €5,000 five years ago, and €4,500 ten years ago, according to an analysis from farmers’ organization Coldiretti. The group said this year’s unfavourable climate was to blame for the steep increase.

Truffles need both rain and cold to thrive, both of which have been in short supply during a summer of heatwaves and drought.

Both olive and wine production also suffered, with the wine harvest getting off to its earliest start in a decade in some areas. In total, Coldiretti predicted that losses to Italian agriculture because of the summer’s extraordinary temperatures would amount to €2 billion.

The Alba white truffle fair, which has been held annually since before World War II, draws in thousands of gourmet pilgrims for nearly two months of tasting, buying and selling each year, and is used as a reference point for truffle prices and quality across the country. Only a small amount of truffle is typically used in recipes, typically shaved onto pasta, a risotto, or used to infuse honey or pesto.

Taken from the original article on Money Wise: https://www.thelocal.it/20171106/white-truffle-prices-have-reached-an-all-time-high-in-italy