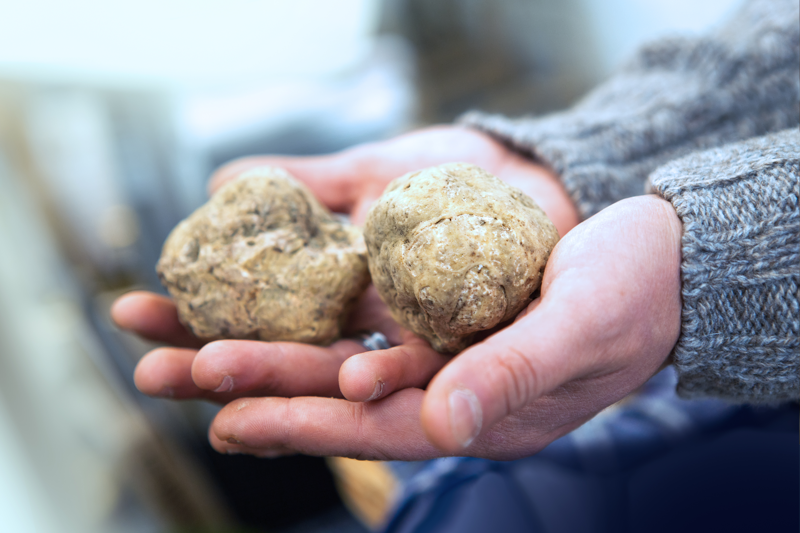 They emit intense aromas of garlic and fermented cheese, and are so rare that they can fetch up to £9,000 a kilogram. Now, the puzzle that has confounded experts for more than half a century, of how to cultivate the elusive white truffle on a commercial scale, appears to have been solved.

This week, scientists from France’s National Research Institute for Agriculture, Food and the Environment (INRAE), will reveal that, at a secret location in Nouvelle-Aquitaine, western France, they have cultivated 26 white truffles.

While more than 90% of black, highly prized Périgord truffles sold are cultivated, previous attempts to farm their rarer white cousins have failed. This bumper harvest follows two productive years at the experimental plantation during which barely a handful were cultivated.

“This significant increase in production is very promising,” said mycologist and project leader Dr Claude Murat, of INRAE and the University of Lorraine, Nancy. “It confirms the truffle is well established.

“With black truffles it is usual to have just a few truffles at first and then a quick increase, and it seems the white truffle is behaving in the same way, which is good news for future cultivation.”

Truffles, like many other fungi, form symbiotic relationships with certain tree species by linking up with their roots. They deliver extra water and minerals to trees in exchange for carbon-based nutrients.

Scientists developed a way to inoculate trees with Périgord truffles in the 1970s, leading to the establishment of thousands of plantations in France, Italy and later Spain. The same technique failed with Italian white truffles (Tuber magnatum), despite planting more than 500,000 seedlings in Italy.

A few truffles were found in the plantations 15-20 years after planting, but because these were in areas in which T. magnatum occurs naturally, researchers believe these came from native fungi.

Starting in 1999, researchers at INRAE and the Pépinières Robin nursery, in France, produced oak trees genetically confirmed to have partnered Italian white truffles. These were planted in a number of truffle orchards from 2008.

Tests on soil samples from five sites, all outside the part of the country where the species occurs naturally, showed the fungus was present at four of these.

“It’s the first time Tuber magnatum fruiting bodies have been grown in significant numbers outside its natural range, so it’s a very exciting development,” said Prof Paul Thomas, a Scotland-based mycologist whose company Mycorrhizal Systems works with commercial partners to develop black truffle plantations. “Many previous attempts have failed, so we still need to know more about how they have done it and how to replicate that.”

Murat and fellow INRAE mycologist Dr Cyrille Bach have provided details of the conditions in which the truffles grew, in research that will be published in Le Trufficulteur, the magazine of the French Federation of Truffle Growers this week.

“We need to see the results of further experiments, but this opens up what could be the attractive possibility for truffle growers to diversify into a new market,” said Alain Ambialet, president of the French Federation of Truffle Growers.

Rising temperatures and reduced water availability in Spain, Italy and southern France are, some argue, opening up opportunities for truffle entrepreneurs farther north, including in the UK. “With acres of calcareous soil and less water stress, there is a good potential of truffle cultivation including white truffles in the UK,” said Murat.